GETEC Partners takes part in a major infrastructure project in Egypt. Over the coming years two monorail lines will be built –
a 54 kilometre section connecting the New Administrative City with East Cairo and a second 42 kilometre section, linking 6th October City with Giza. The project is expected to cost about four billion Euro.

GETEC will deliver the moulds to produce the concrete elements for the train track, starting next week.
„We are very happy to be part of this enterprise, which will mean an enormous step forward for Egypt and especially for Cairo,” says Ahmed Amrou, managing director of GETEC Partners. „It will make life much easier for millions of people who have to commute every day in and out of Cairo.” With 21 respectively 12 stations the system will offer a dense grit of entering point to the monorail.

Monorail systems, which consist of trains running on elevated concrete rails, are already being operated in many cities around the world such as Tokyo, Sao Paolo and several cities in China. With about 20 million people living in the Egyptian capital the city greatly suffers from traffic congestion. The new monorail in Egypt will have two parallel tracks, travel at a speed of 80 kph and has a planned capacity of about 45.000 passengers per hour.

Looking forward to welcoming you at the BIG 5 Construct Egypt 2019 from 02nd to 04th September 2019 at the new Exhibition Center in New Cairo.

During May and June 2019, GETEC Partners has successfully completed the installation and start-up of our first MULTIMASTER
concrete products Machine at the site of SAMCRETE Building Systems in October City, Egypt.

The Machine can produce pavers with face mix, blocks, curbstones and solid bricks. The installation includes fully automatic operated Batching
and Mixing Plant with two mixers and one mobile Multilayer production Machine with molds and accessories. 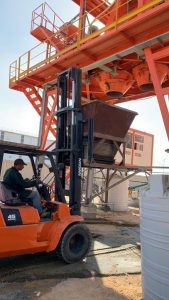 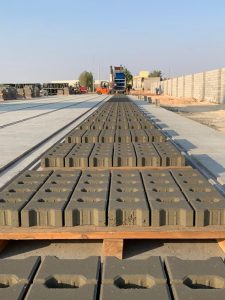 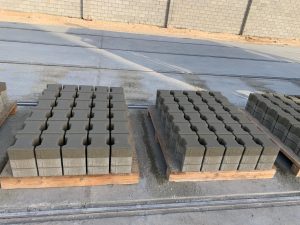